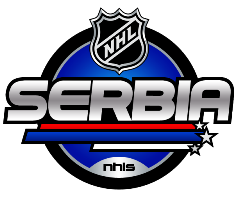 Wisniewski gets 8 games for Seabrook hit

The play happened during Wednesday night's game in Anaheim. After Seabrook knocked down Anaheim's Corey Perry, Wisniewski drilled Seabrook and knocked him out of the game.

Seabrook didn't have the puck and wasn't prepared to defend himself.

Chicago coach Joel Quenneville was angry with his former defenseman.

If you hit a guy without the puck, you can kill a guy," said Quenneville. "It's the most dangerous hit in the history of the game alright? And (Wisniewski) tried to hurt him. That's not intent?"

Quenneville didn't mince words, and offered another recent hit on one of his players as an example.

"We can argue the (Alex) Ovechkin hit," Quenneville said in reference to the hit on Brian Campbell on Sunday, the last game for Chicago before it traveled west for a trip that continues tonight at Los Angeles (10:30 ET, GameCenter LIVE). "But tonight's is a different category. It's not up to me to decide what's next, but it's the most dangerous hit in the game."

"There's a criteria that the League follows (for discipline)," Carlyle said. "We've always taken the stance that we don't have to always agree with what the league's decision is. We have ample video, we'll watch it, analyze it and we'll plead our case if there needs to be a case pleaded."